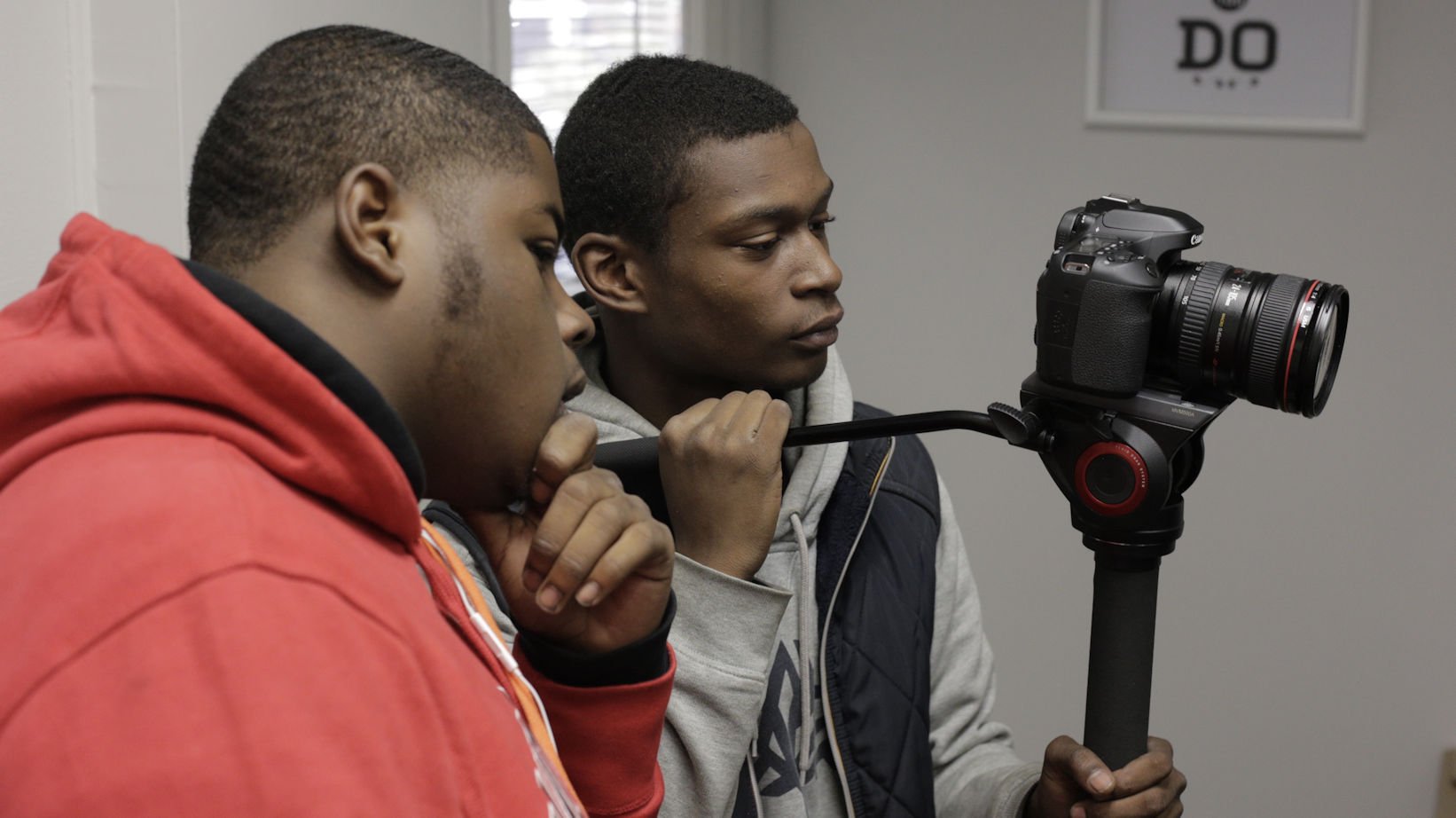 Big Picture Alliance’s mission is to engage, educate and empower Philadelphia youth through filmmaking and digital media arts. We provide transformative learning experiences that promote self-expression, collaboration, and achievement. We are committed to providing a safe and supportive outlet for youth to have their voices heard, develop as young professionals and reach their full potential. We believe that when youth tap into their natural creativity and feel heard, they become inspired to author the script for their own future.

Big Picture Alliance was founded in 1994 by Jeffrey Seder & Jared Martin (TV Actor/Director) as an apprenticeship program where youth produced films about issues impacting their lives under the mentorship of professional filmmakers. In 2013, BPA partnered with the School District of Philadelphia to develop and implement a digital storytelling curriculum in alignment with Common Core educational standards – resulting in improved grades, test scores, attendance, and exemplary skill development (Rand Corp Report – Aug 2014). BPA then brought this programming to hundreds of youth across Philadelphia through dozens of school and organizational partnerships.

In 2015, in partnership with the Mayor’s Office of Philadelphia, BPA youth explored the theme of gentrification through “Stories from the Promise Zone” which screened at City Hall. In 2017, BPA youth documented their journey using DNA to trace their African Ancestry in “We Are Sankofa”, winning Best Youth Film at Black Star Film Festival. In 2018, BPA launched a Digital Media Workforce Program and the Teen Media Collective, providing youth ages 15-21 new pathways into the field of film & media.

Throughout our 20+ year history, BPA has served over 6,500 youth through 95 partnerships resulting in improved academic achievement, scholarships, internships, employment, and over 750 films, 55 of which are award­ winning. We’ve helped cultivated a generation of young artists and professionals, many of whom have gone on to pursue careers in the film & media. 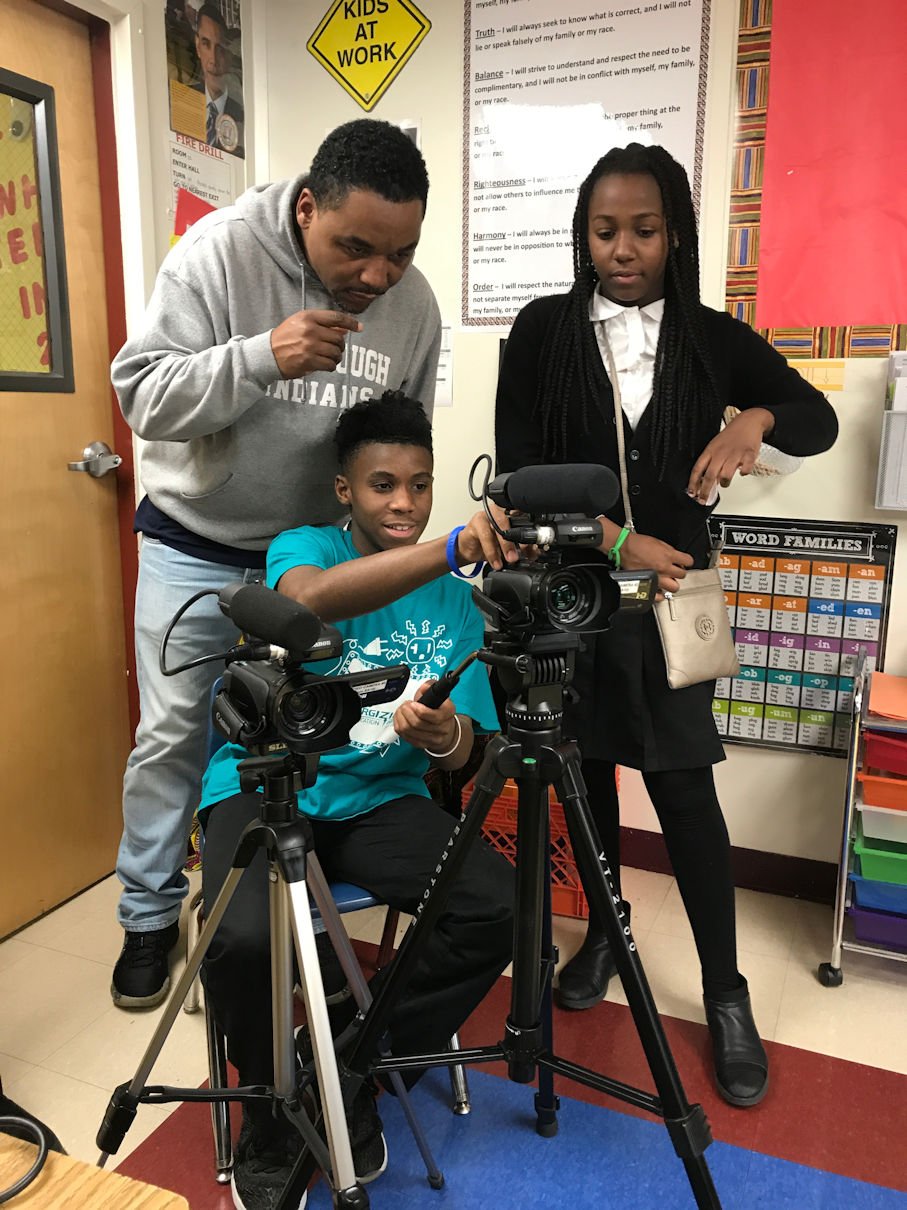 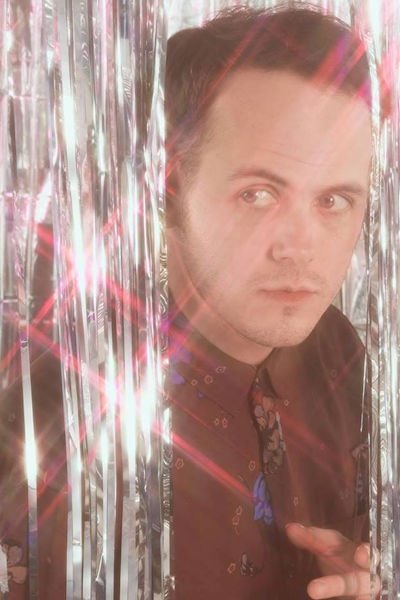 Aleks brings over 10 years of experience as a filmmaker and arts educator working with youth and communities in Baltimore, Philadelphia, and Central America. He is the co-founder of Art of Solidarity (AoS), a media-based cultural exchange program that has produced over a dozen film collaborations between hundreds of Nicaraguan & North American artists. He has worked with Scribe Video Center & PhillyCam as facilitator and producer of community-based documentaries and workshops in Philadelphia. He holds an MA in Community Arts from the Maryland Institute College of Art and his work had screened at film festivals, museums and on television. In 2016, Martray became the Executive Director of Big Picture Alliance (BPA) where he previously served as Teaching Artist and Program Manager for 4 years – developing curriculum, working with hundreds of youth and leading 5 award-winning projects. 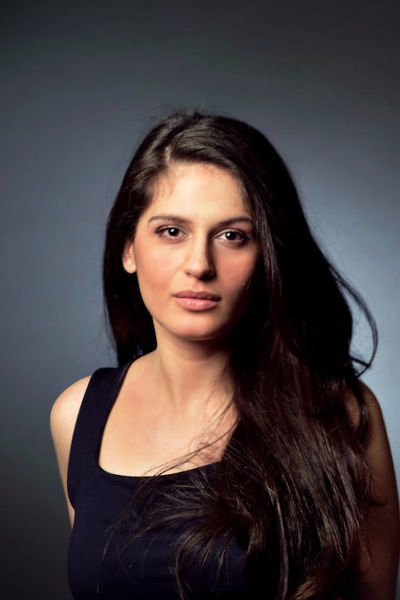 Shahana is a director, editor, producer, and teaching artist in Philadelphia. She studied Film & Television Production in South Africa and has produced several music videos and short films. She served as International Production Manager & Editorial Supervisor for the television show Coke Studio where she organized productions in 7 different countries. She handled Production and Development for the emmy-nominated PBS show Live from the Artists Den, including episodes featuring John Legend, OneRepublic, and Lady Antebellum. She was the founder & director of a community arts center in Islamabad Pakistan and brings over 6 years of program development, management and teaching experience to Big Picture Alliance. 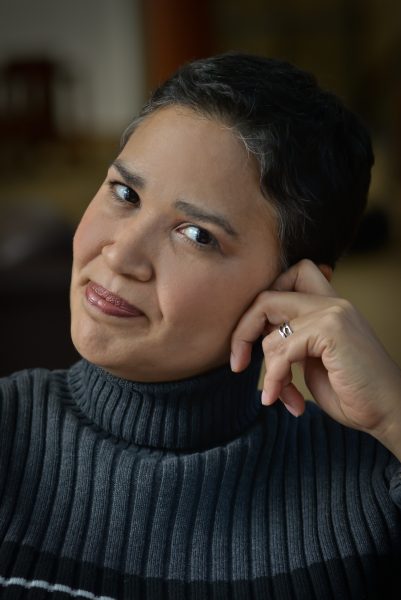 Nikki Harmon is a filmmaker, author, and educator. She has written, produced, directed, and crewed in various technical positions on several documentaries, short narratives, educational and industrial films,music videos and feature-length films. Through Banyan Productions, she worked on three seasons of TLC’s Wedding Story” as a researcher, associate producer, and producer. Recently, she spent two years as the Program Manager for Scribe Video Center, a nationally recognized community media center in West Philadelphia.
She has published two novels, When I Was Your Girlfriend and Neither Here Nor There. Throughout her career, however, Nikki has maintained her commitment to teaching and has taught video production for various community organizations and as an adjunct at two local universities. 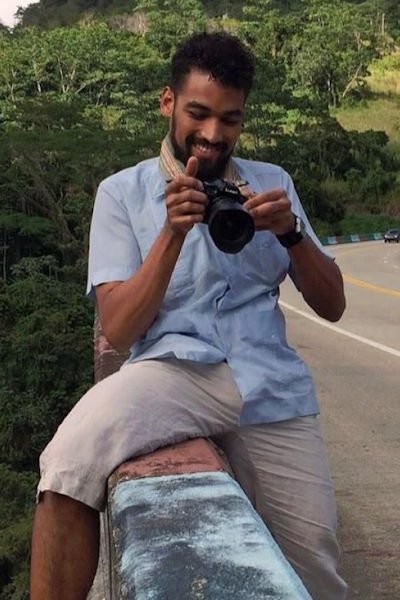 Joshua has been a film producer, animator, photographer, and teaching artist for over 6 years, working with Taller Puertorriqueno, Congresso, Play Arts Philadelphia. He has been a Teaching Artist with Big Picture Alliance for 5 years, and leads our YouthBuild & OIC Workforce Academy workforce readiness classes 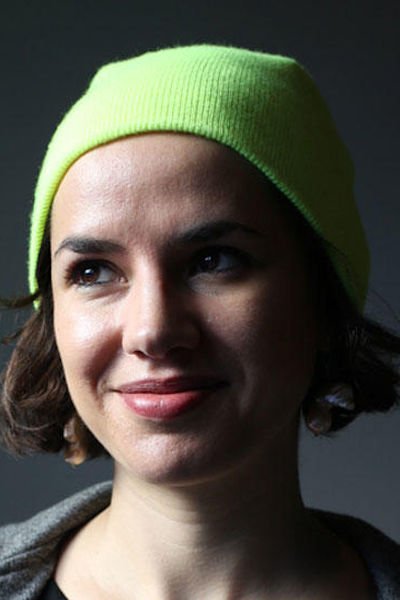 Bettina Escauriza is a Paraguayan-American
filmmaker, writer, artist, and musician living in Philadelphia. Her work deals with a range of topics including Indigenous issues, immigrant experience, environmental justice, philosophy, and feminism. Bettina is currently working on a documentary film, Medicine from the Earth, about the medicinal plant culture in Paraguay that is rooted in Indigenous ancestral knowledge. She is currently a 2018 Sundance Institute Knight Fellow. She has worked with YesPhilly, The Penn Museum,and Big Picture Alliance coordinating and teaching educational programs. She teaches the Delphi Summer Teen Media Program and islead mentor for Via Lux Teen Media. 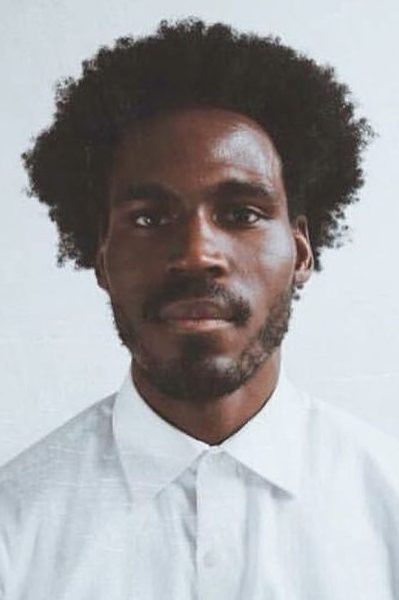 Vernon Jordan, III is a Philly-born ‘n raised writer, filmmaker, and poet.
He is interested in stories about the interior and intimate lives of Black people, and carries a lifelong fascination with supernatural/speculative/magical/ and funky worlds.
His priority is the merging of the visual and the musical: a Visual Lyricist.
He graduated from Muhlenberg College (’16) with a BA in a self-designed major called Black Voice & Cultural Studies, and his thesis film See My Dreams Come True has played at over 5 US-national and international festivals.

In 2019, Vernon graduated with a Screenwriting MFA from Feirstein Graduate School of Cinema, advanced to a final consideration round at Sundance New Voices Youtube Episodic Lab, served as a panel moderator on Black film curation and preservation at Upside Film Festival (based in Harlem), and signed with the inclusive model agency, WeSpeak NY.
His short film DEEP CUTS is forthcoming.
Vernon is happy to be back home to teach with Big Picture Alliance, at OIC & Youthbuild Academies. 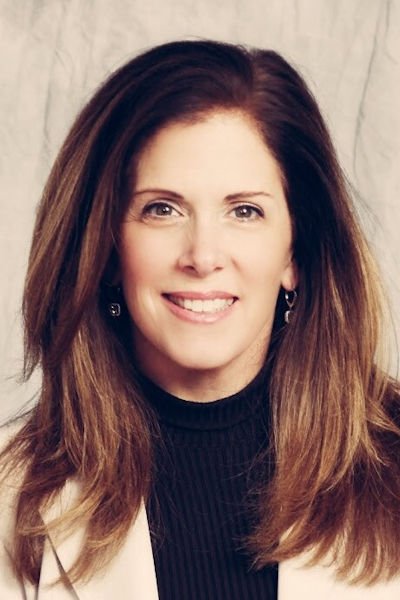 Teri is a former entertainment VP and was the 2nd Executive Director of Big Picture Alliance. Teri has worked on over 20 feature films and she oversaw the production of the Emmy-award winning first season of NBC’s series Homicide: Life on the Streets. She has consulted for the Philadelphia Independent Film Festival, the Philadelphia Cultural Fund, the Philadelphia Youth Media Collaborative and testified before City Council in support of funding for arts education in Philadelphia. Teri holds a BA in Communications from California State University, Graduate studies in Entertainment Law from UCLA, and studied non-profit leadership at LaSalle University. As Executive Director of BPA for 10 years she oversaw an expansion of after school programming across the Philadelphia School District that resulted in improved grades, test scores and attendance among participants.

Pascal is an educator, filmmaker and Educational Technology Consultant. He completed his bachelors degree in Film & Media Arts at Temple University and received his teaching certificate from the University of Pennsylvania. He spent 10 years teaching Digital Multimedia at New Media Technology Charter School in Philadelphia and has been a staunch advocate for technology in urban education. In addition to being an educator, he enjoys track and field, photography and film. He recently edited the film “La Belle Vie”, directed by Rachelle Salnave, which earned a regional Emmy nomination and a special recognition award in Documentary at the 2015 BlackStar Film Festival. He currently resides in Philadelphia and is working on several short form independent film projects. 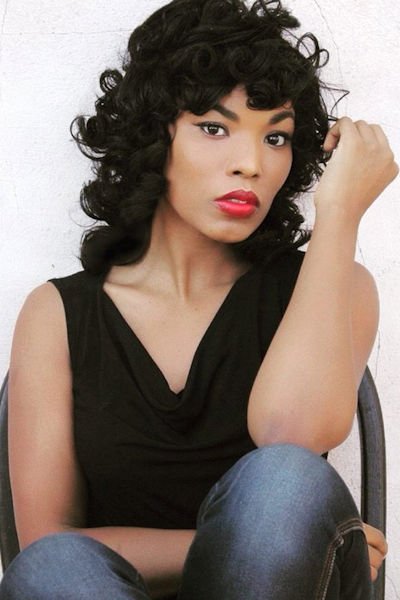 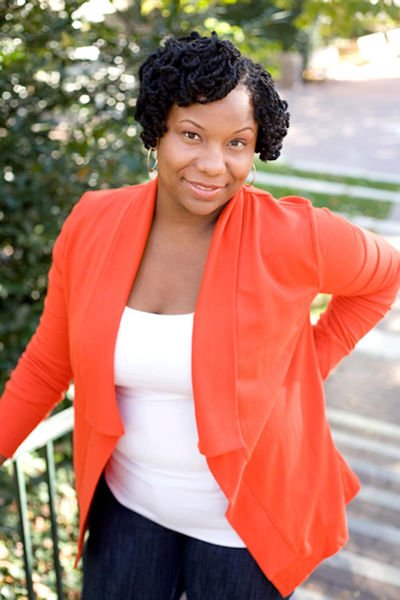 Melissa is a writer and educator, who believes in the power of young minds and educational equity. With over a decade of experience as an educator, Melissa has worked with students in K-12, college, and out-of-school time settings and facilitated programming locally and abroad. A Philadelphia native, she is a proud alumna of The Philadelphia High School for Creative and Performing Arts, where she began her formal training as a creative and competitive writer. During this time she was a student and intern with Big Picture Alliance. Her professional career includes positions as a college writing tutor, serving as director of Temple Writing Academy, and working as a college and career coordinator in local schools. Melissa holds a Bachelor’s in Communications and African American Studies and a Master’s Degree in Urban Education from Temple University. 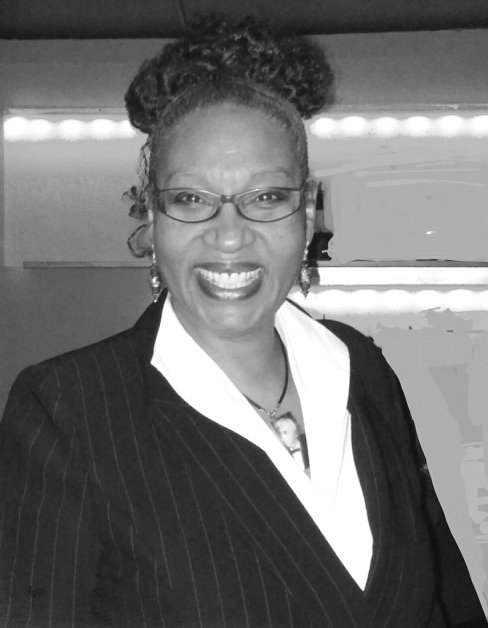 Lois Moses is a native of Philadelphia. She holds a Master of Fine Arts from UCLA, a law degree from Temple University and a Master’s in Clinical Psychology from LaSalle University.
As an actress, Mrs. Moses has toured and performed extensively throughout the United States with Kuntu Repertory Theater in Pittsburgh and the National Black Author’s Tour in Philadelphia.
Moses has been an Acting Instructor and Playwright/Director at Freedom Theatre in Philadelphia, PA, and Inner City Cultural Center in Los Angeles.
As a member of the acclaimed Actor’s Studio, since 1990, Lois has studied under actors such as Martin Landau and Shelly Winters.
She has self-published and three collections of poetry entitled, Not Just Another…Black/Woman, Missing Pages… (Women Behind the Glass Door), A Timely Trinity and a Self-titled spoken word CD.
Her work speaks to and highlights the history of African women’s journeys to/experiences in/and stories of America.
She has performed with nationally reknown poets/artists/musicians such as Sonia Sanchez, Nikki Giovanni, Dr. Kimmika L. H. Williams, Regie Gibson, and Jill Scott.
She is an award winning filmmaker for her short film titled, “And They Jumped Into the Water…Some” and has been touring at colleges and conferences with her Woman to Woman Conversation,
“Beyond Sound and Fury…Sacrifice as the True Poetic Voice”, a Poetry and a Multi-Media presentation that explores the evolution of the sacrifice, courage and voice of African American women in America.
Lois’ World Premiere of her acclaimed Play, “Say That He Had More Than a Dream…” debuted at First World Theatre in Philadelphia and toured at the Match Theatre in Houston August 2017, directed by Zuhairah McGill. 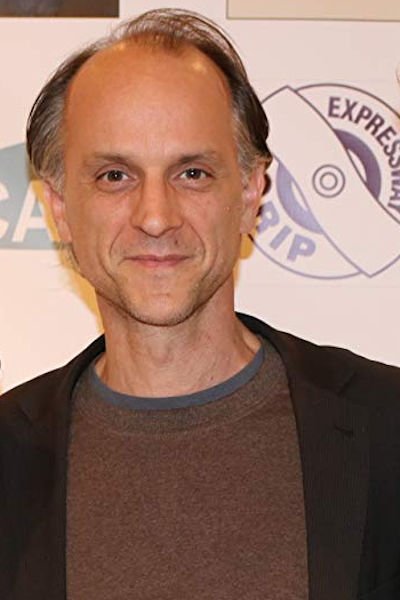 Opportunities For Our Youth! 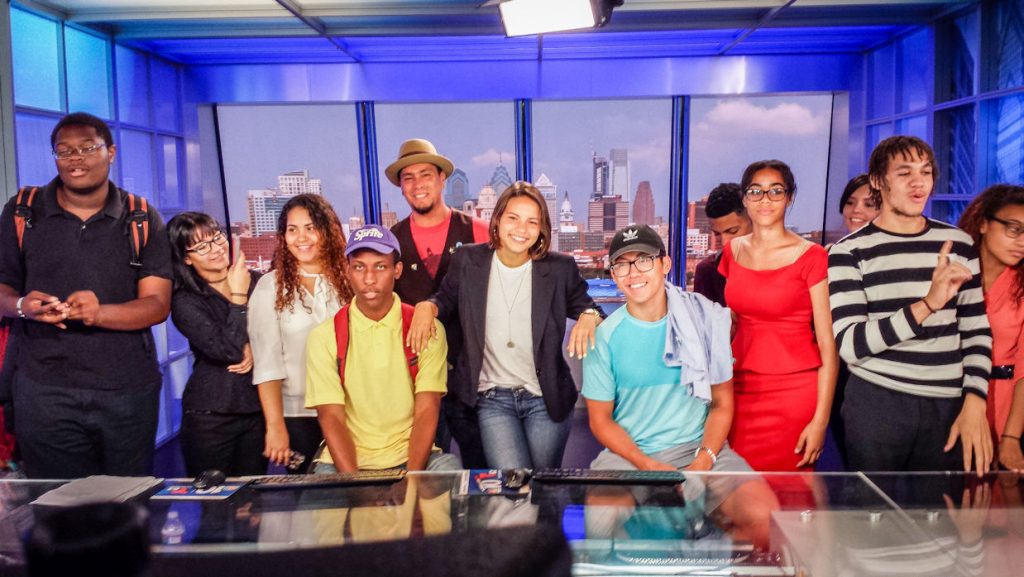